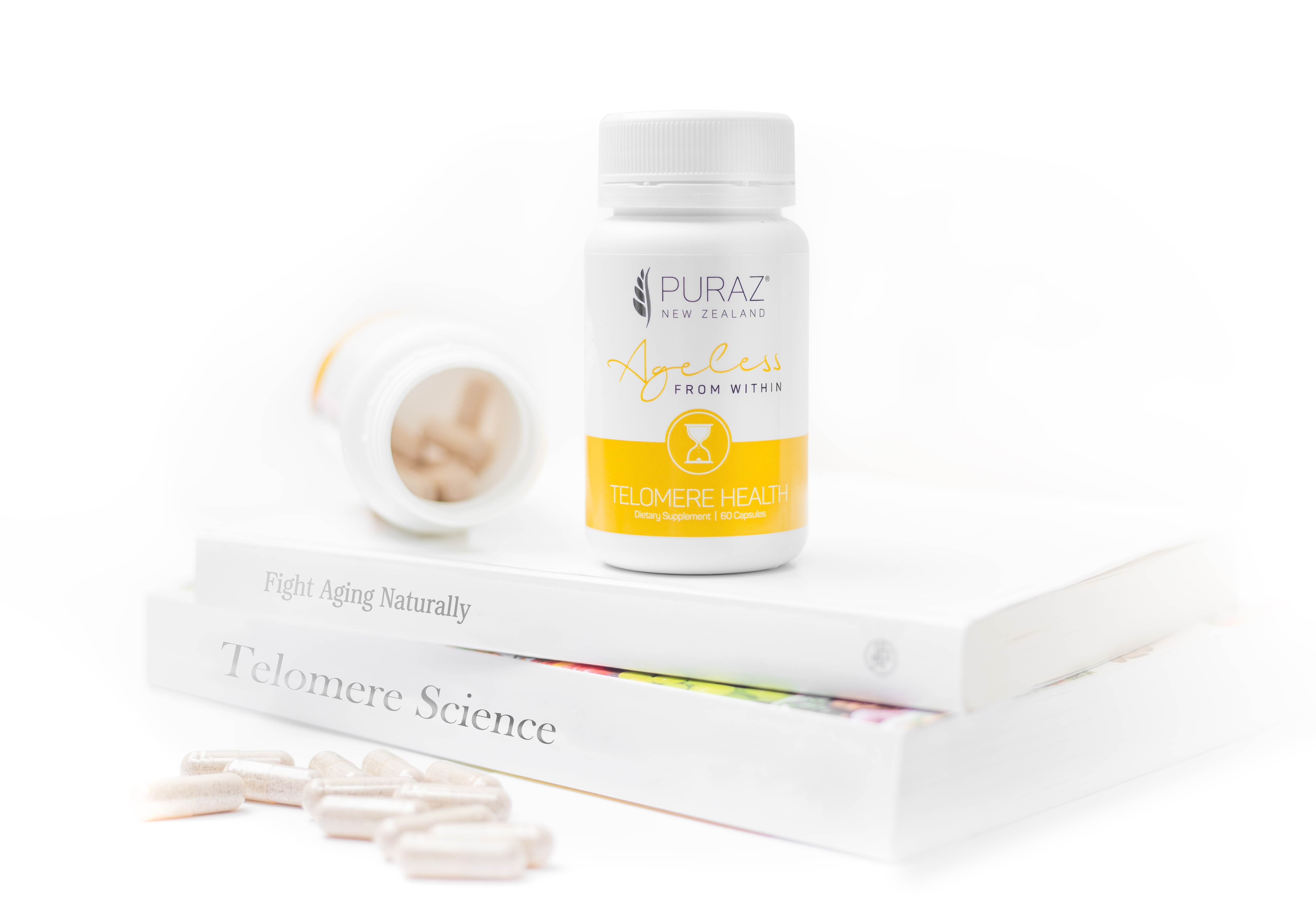 What is a Telomere and why should you care?

The 'telomere' is a section of DNA that exists on the tips of your chromosomes, and protects them. It is often described as being like the plastic tip on the end of a shoelace that stops it unraveling.  Our cells are continuously dividing and replicating themselves. Over time, this process leads to errors of replication, one of which is progressively shortening telomeres. When the telomere is gone, DNA damage occurs and the cell enters 'senescence' https://en.wikipedia.org/wiki/Senescence or advanced old age. In many ways, the telomere is the hourglass of the cell and maintaining or repairing it is like turning the hourglass over to prevent it running out.

The aim with Puraz Telomere Health was to find natural products which peer-reviewed articles suggested may positively support the telomere in healthy cells. In particular we sought products which support healthy activity and levels of telomerase. Often referred to as 'the fountain of youth', telomerase is an enzyme responsible for constructing and maintaining the telomere.

After reading a fat stack of literature we settled on a potent combination of natural products that support telomerase production.

Baicalin is a flavone extracted from the medicinal herb Skullcap. In-vitro, baicalin protects skin cells from the telomere damage usually inflicted by Ultraviolet A and B radiation. UV radiation is a major cause of visible skin aging ('photoaging'). Usefully, baicalin is also an antioxidant.

Glutathione is synthesised by every human cell and functions as the body's master antioxidant, mopping up the telomere-damaging toxins that come from environmental exposures and through normal metabolism. Glutathione also helps regenerate other antioxidants, including vitamins C and E and supports healthy levels of telomerase. Oral glutathione intake has recently been shown to effectively boost cellular glutathione levels in humans.

Having already established that oxidative stress, sometimes called ‘free radical damage’ is a major factor in telomere shortening, we decided to include a broad range antioxidant in Telomere Health. The utility of antioxidants is supported by a cross-sectional analysis that reported positive support for telomeres in women using a mixed antioxidant daily and showed that higher intakes of vitamins C and E from food also support health telomere length. We included selenium, cellular levels of which decrease with age. Selenium is a potent antioxidant that has been shown to support telomerase activity in cells.

Of course, not everything can go into a supplement! To get the best out of Telomere Health, we’d also recommend a telomere protective lifestyle that includes moderate exercise and a diet high in fruits and vegetables. Smoking and alcohol consumption are telomere unfriendly. Ultimately it comes down to looking after your telomeres, so that they can look after you.

Previous Article
Next Article
Save 25% on all supplies with a VIP Membership!
Join Puraz
Shop Now