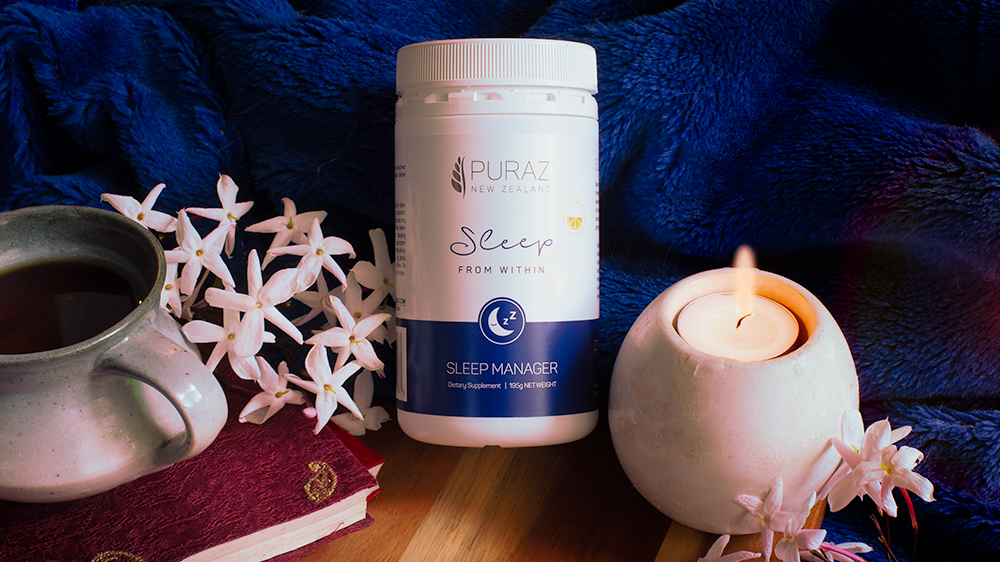 The amino acid glycine makes up nearly half of every dose in our Sleep Manager product and we’ve decided you might be interested in why it’s there, and what it does, exactly.

An interesting point about glycine is that it is already the main component of collagen, making up about 30% of the amino acids. This glycine factor is responsible for much of the anti-inflammatory action of collagen hydrolysate. In this role glycine acts upon the membranes of various white blood cells involved in inflammation, and makes them less reactive.  However, since we started selling collagen way back in the early 2000’s there has been feedback from customers that they seem to sleep better when taking collagen, and upon investigating this phenomenon, we found that once, again, this may be due to the glycine.

As well as being anti-inflammatory, glycine is an inhibitory neurotransmitter that can be found throughout the central nervous system. Its impact on sleep is well studied, both as regards the mechanisms of action and the effectiveness of taking it as a supplement. What have they found?

A 2007 placebo-controlled trial[1] involving ingestion of 3g of glycine (this is the amount in Sleep Manager) at bedtime suggests that this dose both promotes and stabilises sleep and leads to subjective feelings of having slept well. Participants also felt more awake the next day and performed better on memory recognition tasks than placebo. In another study, people that had restricted sleep time reported feeling mentally sharper and less fatigued after pre-sleep glycine ingestion[2].

A key feature of natural sleep initiation is a lowering of core body temperature. Human and animal trials show that glycine lowers core body temperature in a similar way to some sleep pharmaceuticals by interacting with receptors in the brain region known as the suprachiasmatic nucleus (SCN) [3]. Animal studies suggest that other mechanisms of action for glycine include modulation of the orexin (wakefulness) neurons and increased serotonin in the prefrontal cortex[4] which leads to increased production of melatonin (the ‘sleep hormone’).

Sleep Manager contains an efficacious dose of 3 grams high quality glycine: 600mg from collagen and 2400 from glycine as an added amino acid. We’ve then added a bunch of other sleep supporting amino acids along with vitamins and minerals to ensure that we’re giving you the best shot at a great night’s rest.

Other sleep articles from the Puraz Blog:

What Sleep Deprivation Really Does to You