Krill Oil or Fish Oil, Which is Better? 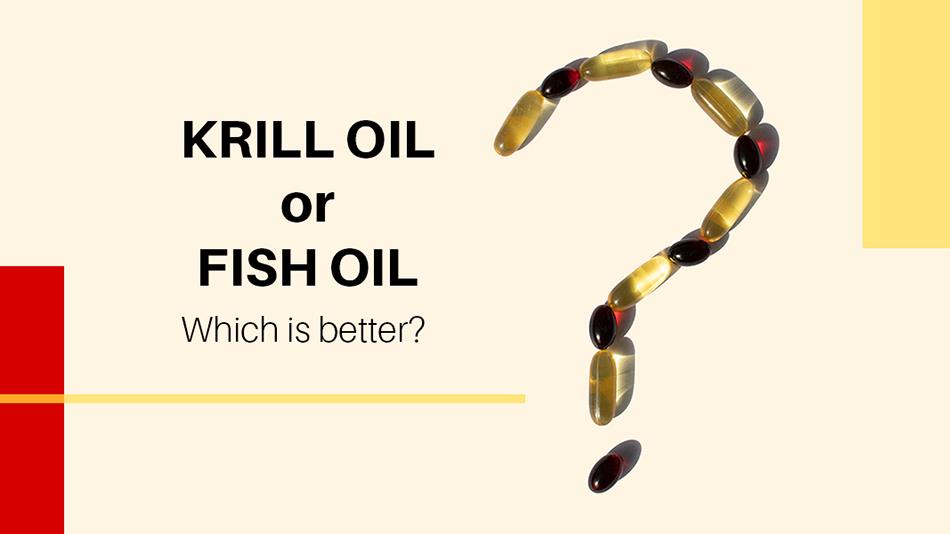 A consistent intake of omega 3 fatty acids is one of the best and easiest (!) things you can do for your health. The benefits of the omega 3’s DHA (docohexanoic acid) and EPA (ecosapentanoic acid) are well researched and widely known. You’ve probably already heard that they can:

There are two main players in the omega 3 health supplement market: fish oil and krill oil. While both provide efficacious amounts of omega 3, krill oil has emerged as having additional benefits in a few key areas.

Krill oil increases fatty acid oxidation (β-oxidation) in the liver, and has a suppressing effect on cholesterol and lipid synthesis. Fish oil does not suppress cholesterol synthesis to the same degree and does not always have a beneficial effect on cholesterol levels at all. Krill Oil has a greater impact on LDL (‘bad cholesterol’) levels compared to fish oil, showing up to 39% reduction in LDL, as well as increasing HDL (‘good cholesterol’) more than fish oil. This effect is thought to be due to the fact that up to 65% of The EPA and DHA in krill are in phospholipid form, rather than the triglyceride esters predominantly found in fish oil.

It is thought that as our cell walls are also made of phosopholipids, krill oil omega 3’s may be more bioavailable. A 2013 study (Ramprasath et al.) showed Intake of krill oil significantly increased levels of EPA and total omega 3 to a greater degree compared with a similar intake of fish oil. Animal arthritis studies have suggested that krill oil provides a more powerful anti-inflammatory effect, possibly due to this enhanced bioavailability.

Krill oil contains a natural antioxidant, astaxanthin, which gives krill their red colour. This not only has health benefits, but protects the fragile omega 3 fatty acids from oxidation and rancidity.

With demand for fish and fish oil pushing the limits of available resources, properly managed krill fishing has emerged as a sustainable source of omega 3 fatty acids. Currently krill represents the largest biomass of plankton, with less than 2% being fished each year. You can find more on sustainability of krill oil and ecosystem management here.

If this sounds like something you need in your health protective regime, head on over to see our premium krill oil supplement. As well as being NZ made, our krill oil capsules are thoroughly tested for contaminants and omega 3 content. The very best of science and nature!