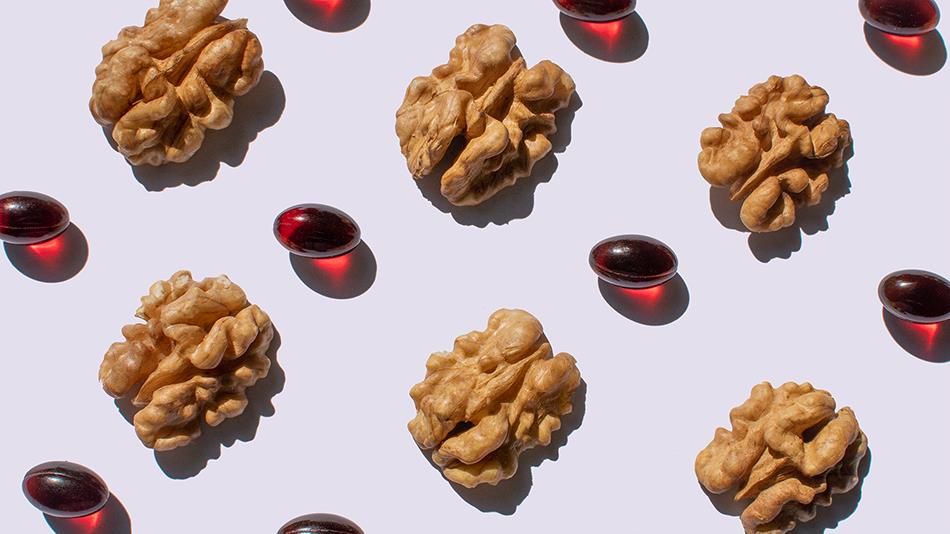 Whether you imagine an old age full of travel, gardening, playing with the grandkids or doing crosswords, there’s one body part that you need healthy and fit: your brain! Full cognitive function can help you make the most of every moment and stay independent for longer. The good news is, omega 3’s can help with that.

What are the must-know facts about omega 3 and brain health?

Omega 3 fatty acids can not be produced by our bodies, and must be ingested through foods and health supplements. However, large nutrition surveys, such as NHANES (National Health and Nutrition Examination Survey) consistently show that the majority of us do not consume adequate omega 3 from foods. This situation is only worsened by people avoiding seafood due to fears of contamination and adopting plant-based diets. Omega 3’s obtained from plant fats are in the form of alpha-linolenic acid (ALA) and must be converted to DHA and eicosapentaenoic acid (EPA) before our cells can use them. Conversion capacity differs between individuals, and this is a strong argument in favour of consuming omega 3’s from fish, although an alternative is algae-based supplements.

Studies which have looked at the aging brain find that plasma levels of DHA, EPA and total omega 3 levels are lower in individuals with dementia, and EPA is lower in those with ‘pre-dementia’. An intake of ~1g/day of DHA+EPA has been shown to improve episodic memory, working memory and cognitive aptitude scores in older adults with mild cognitive impairment and to maintain cognitive function in those at risk of dementia. Studies have shown positive results in the improvement of everyday tasks such as remembering where you put something (who doesn’t need that?) and verbal episodic memory, for example, being able to remember a list of things you hear. High dose omega 3 can increase brain volume and integrity over time and may protect against age-related neurodegeneration.

The potential mechanisms for the beneficial effects of omega 3 on brain health include: improved function of cellular membranes, reduced inflammation, improved brain cell development, modified gene expression and cell signaling, improved brain repair mechanisms and maintenance of synaptic transmission (brain cells communicating with each other). Krill oil particularly may help reduce the oxidative stress in the brain which is thought to be involved in symptoms of depression.

Keeping your omega 3 intake up isn’t the only thing you can do to look after the grey and white matter between your ears. A diet high in antioxidants, regular exercise and stress management all help, but why not have omega 3’s in your corner as well to give you a fighting chance at winning that chess game when you’re 85.

Krill Oil Vs Fish Oil - Which is better?